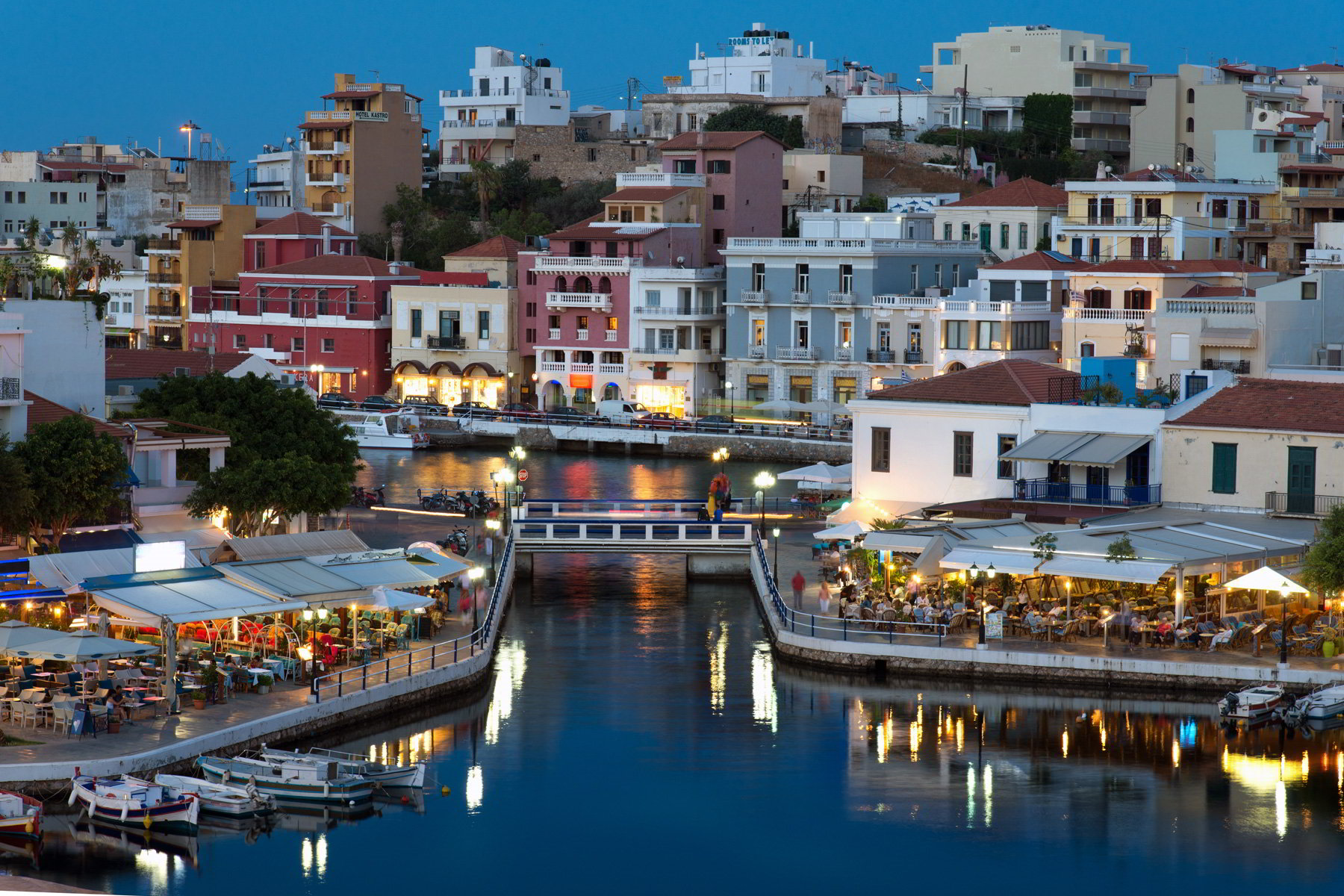 Agios Nikolaos is one of the most picturesque towns in East Crete, and is the capital of theLassithi Prefecture. It enjoys a strategic location on the Gulf of Mirabello: in the summer it turns itself into a cosmopolitan tourist resort.

Agios Nikolaos was built on the site of the harbour town of Lato, an important city-state of yore. An old harbour town, it was known as Lato pros Kamares. The two shared a floruit in the Archaic and Classical eras, had their own currency and worshipped the Goddess Eileithyia, the patroness of childbirth, Lato pros Kamares hit its peak about 800-700 BC, dominating and controlling the surrounding countryside.

Agios Nikolaos began to become more touristy in the 1960s – and thus today is one of the most cosmopolitan tourist resorts, attracting thousands of visitors every year.

A feature of ‘Aghios’, as the locals call it, is the Vouliagmeni Lake, where according to old myth Aphroditeand Athena were wont to come and bathe. Beautiful Neo-Classical buildings were put up round and about the small harbour, and also up the steep streets of the town.

The city chiefly subsists on tourism, but despite the boom it has not lost its picturesque quality. Every summer the small harbour and the lake, surrounded with restaurants, cafes and shops – it is a favoured spot for a “volta” (the walk in the evening) for locals and visitors alike.

East of the lake is another favoured spot in Aghios Nikolaos – the beach of Kitroplateia, for a quick ‘dip’ inside the city limits, alongside of which are a good many ouzeries and cafes, with a view of the sea.

Total: No activity found.    view all

Not what you're looking for? Try your search again

There are no available rentals for this location, time and/or date you selected.

Total: No rental found.    view all

Not what you're looking for? Try your search again